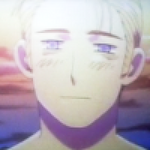 Ehehe. Sorry for all of that messing around before. I don't like blog posts in my Activity Feed and I saw there was a way to take them off on the Help Wikia. . .but apparently I was mistaken.

I'm nothing special, really. I don't do much aside sleep, eat, and roleplay, although I do my homeschool work, as well, of course. I write, on occasion, and draw, and sometimes color official art. I make icons, although I don't share them. I'm pretty smart when it comes to technology and computers, too. I also study German, when I can, and my Rosetta Stone software should get here eventually. I have a terrible memory, as well, and can be very quiet. Sort of like Poland, but not shy, just anti-social. Also like Poland, when I open up I'm a bit. Annoying. As far as I'm concerned, anyway. I've been told I'm not (that) annoying. I tend to come off as serious sometimes, and I am rather serious, but at the same time, I'm not. Sort of like Prussia. And I have a tenancy to be crazy, sadistic, scary. . .a lot of things. I am a lot of things

I usually try and be there for my friends(and strangers) to talk to, and I try and help solve problems if I can. Sometimes you just need to tell someone everything or have something you already know told to you from a source that wasn't your own head. Since I don't have much else of substance to be doing, and I'm not useful in any other way, this is what I do.

As I mentioned before, I roleplay. A lot. In fact, it's pretty much the only thing I do. I spend all day roleplay, most of the time. I usually roleplay in the Axis Powers Hetalia Dressing Room on LJ, since I don't trust myself to keep up with normal games. I only roleplay Hetalia because, at the moment, it's pretty much the only thing that keeps my attention and the only thing I'm interested in. I doubt you care, but my muselist(which is a bit messy right now) is here, and lists everyone I roleplay at the moment. Just as a warning, the list is a tad offensive. And it tells a lot about me. Mostly about my obsession with WWII, and Germany then. And the fact that I'm pretty much utterly insane.

I astound myself with how much I can say about myself. Although, I'm not talking about myself much, am I? If you have any more questions, ask me, I guess, even if they aren't related to me at all. I'll try and help out. For the most part, any of the editing I do here on the Hetalia Wikia will be undoing the work of trolls. Although I also seem to go on wild editing sprees really late at night, after doing things like rereading holiday sitejacks.

Retrieved from "https://hetalia.fandom.com/wiki/User:Tarafish?oldid=32406"
Community content is available under CC-BY-SA unless otherwise noted.