This is a listing of the outfits worn by China in Hetalia: Axis Powers. Changes made to them in other adaptations, such as the anime, are noted where applicable.

In strips taking place around WWII, China wears a deep green jumpsuit with a red armband, while his legs are wrapped in gauze bandages. He wears simple black shoes.

In earlier artwork, China's armband was colored white and he wore a white patch (with a red star) on the right shoulder of his jacket.

China often appears in a mandarin jacket, pants, and red slippers as part of his casual wear. In some artwork (such as the trading card game and a cellphone wallpaper), the jacket is colored red while the pants are colored white. But in other older artwork (as well as the anime series), the jacket is colored green and his pants are yellow. At least two episodes of the anime have also featured him wearing a yellow version of the jacket.

Later artwork shows the jacket to have gold trim on the sleeves, while China wears a matching sash with it.

When dressed for world meetings, China wears a white mandarin-collar jacket and dark green pants. But in a prototype version of the first meeting strip, he is shown wearing a simple suit and tie.

In the game, China wears the boys' summer uniform with a white, gold-clasped mandarin vest underneath it. As with the other boys' uniforms, his pants are blue with a plaid pattern.

But in Academy Hetalia Christmas, he wears the winter version of the uniform due to it being the Christmas season, though he still wears his vest underneath the sweater.

In the Asia Academy strips, China is shown wearing a much different school uniform, specifically the one for the Asia Class at the school. He wears a black jacket with red-trimmed sleeves, a white shirt, and black trousers and shoes. South Korea is also shown to wear this type of uniform in the strip.

In the story :) In The World, China opted to wear his military jumpsuit, but wore a white turtleneck underneath it for the colder climate.

Though he did not appear this way in the anime version, China appears with the others in their winter clothes in a special illustration done for the 2010 Hetalia calendar.

Get used to it![edit | edit source]

These are all the outfits that China has worn. Please note that this list is incomplete. Please click for larger viewing.

A drawing of China wearing his uniform from the movie. 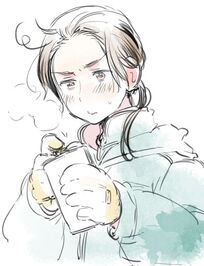 China in Get used to it! update.

A sketch of China in his military uniform. 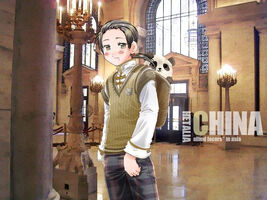 China in his Gakuen Hetalia Uniform 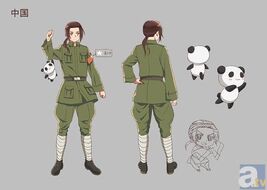 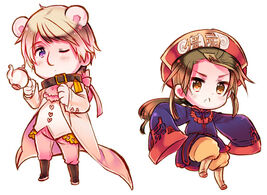 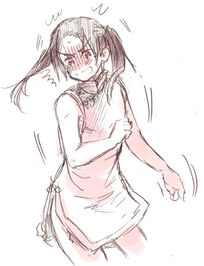 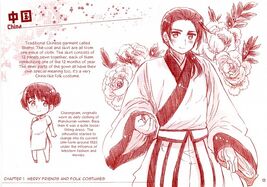 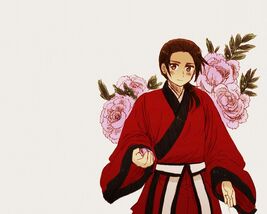 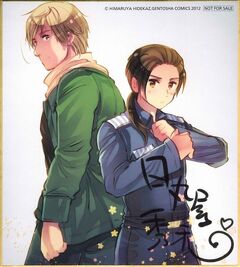 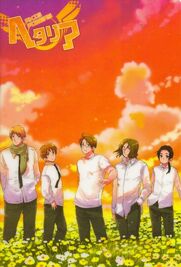 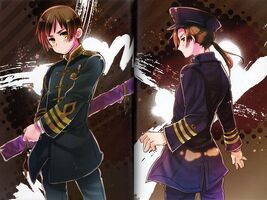 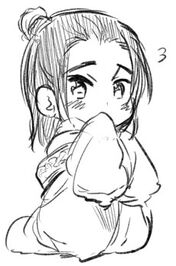 China as a baby nation 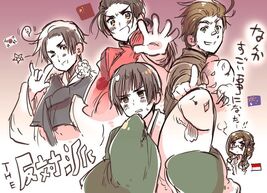 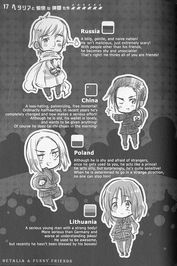 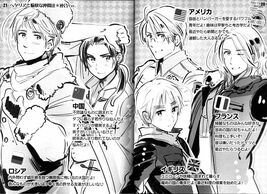 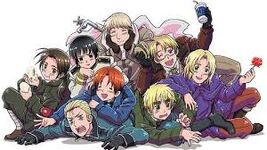 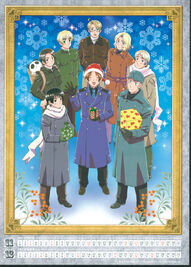 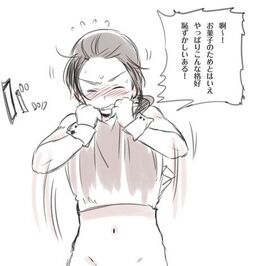 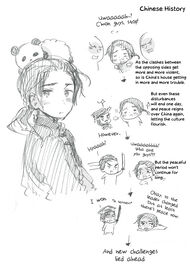 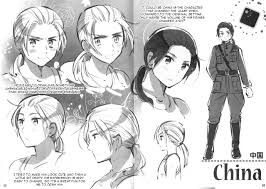 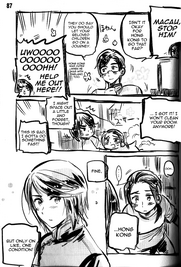 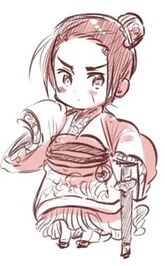 Add a photo to this gallery
Retrieved from "https://hetalia.fandom.com/wiki/Uniform_Guide:_China?oldid=64549"
Community content is available under CC-BY-SA unless otherwise noted.