This is a listing of outfits worn by America in Hetalia: Axis Powers. Changes made to them in other adaptations, such as the anime, are noted where applicable.

America's military attire is designed based on a US Air Force airman's uniform. He wears a tan jacket and pants, with a white dress shirt and olive green tie worn underneath. He also wears a brown bomber jacket (sometimes shown with a "50" on the back), and black shoes.

But in earlier artwork, America was depicted as wearing black boots with large white cuffs and had his pants tucked into them. The reason for this change is of Himaruya learning that 'American people prefer to wear their pants over their shoes'.

In a Bamboo Thicket Halloween 2013 sketch, America is wearing the orange prisoner uniform with his prisoner number being 11201. Underneath it is a striped shirt and both of his hands are cuffed.

Himaruya stated in the caption that this'll be America's costume if the Halloween theme is prison.

In an extra comic strip of Halloween 2013, America scares off England by putting a scary wolf head over his own, his glasses still above them and a hoodie. England eventually faints.

In another short sketch, America have wolf tails and ears.

In a sketch on Bamboo Thicket and chips designed and published, they are from the same Card universe. America is portrayed as the King Of Spades. He's designed with a royal blue trench coat over a dark royal blue sweater with a brown tie underneath it. He wears a pair of brown pants and black shoes. He's shown holding a spade-shaped pendant clock and a stack of papers.

In the Gakuen Hetalia demo, America briefly appears in an omake sequence. He wears the standard boys' uniform, with the exception of his bomber jacket replacing the blue blazer.

He appears this way in Academy Hetalia Christmas as well.

Below a strip featuring Japan as a tourist who wants to ask direction from an NYPD officer which is America, America is in a NYPD uniform and slings a bat over his shoulder. A dog sits cunningly at his right side, a star print on its right eye,

In :) In The World, America wore his bomber jacket over a white turtleneck and tan pants. Though he did not wear this outfit in the anime version, it appeared in an illustration in the 2010 Hetalia calendar as an "easter egg" (or perhaps homage) to the original story.

In the blog update casting some nations' sketches in winter wear titled with Cold, the Alone Cold prey update features only America. He is in a coloured sketch of a light beige bomber jacket with a fur hoodie and a white collared shirt. His pants appear to be a baby blue colour.

The blog update has an E-movie maker with America smiling and thanking everyone for the chocolates they send during Valentine's Day. He is wearing a light beige school sweater over a white collared shirt and a tie.

In a clip of coloured and uncoloured sketches varying from many characters, America is wearing a white collared shirt with a black tie and is paired with a light gray hoodie. At the end of the update, there's a small uncoloured sketch of America in a striped T-shirt.

America have a sun visor cap over his head and is wearing a sleeveless T-shirt with the word I ♡ Bacon (picture) at the front while munching a bacon.

These are all the outfits that America has worn. Please note that this list is incomplete. Please click for larger viewing. 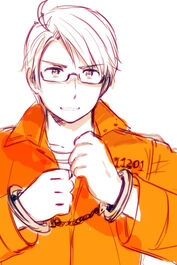 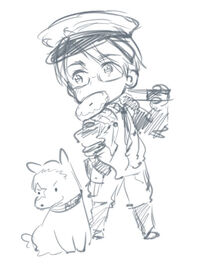 America as a NYPD officer. 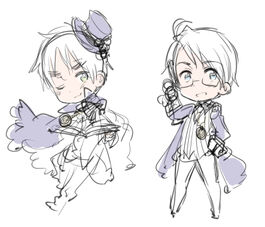 America (right) as the King Of Spades. 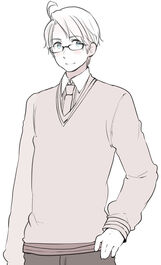 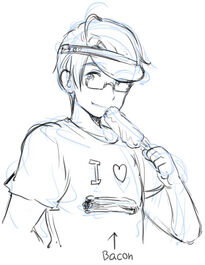 America wearing the I <3 Bacon shirt. 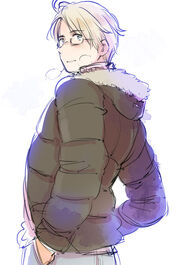 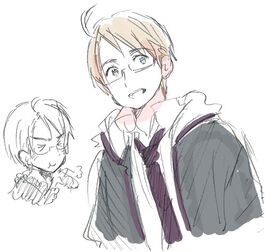 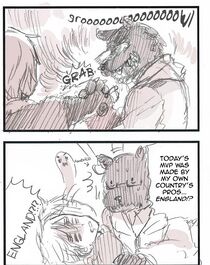 America scaring the wits out of England. 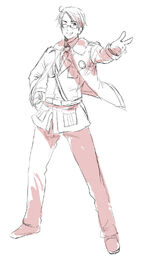 A b/w sketch of America's WWII uniform in its later style.

America's uniform from the Revolutionary War. 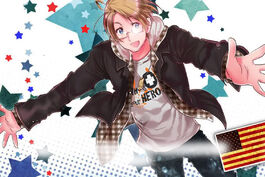 The clothes America wore for his character songs.

The white baptism robes America wore when England first found him as a colony. 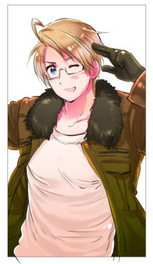 A drawing of America wearing his uniform from the movie.

An outfit worn by America in a few episodes of the anime.

A uniform worn by America. Appears to be an Air Force uniform.

A uniform worn by America. 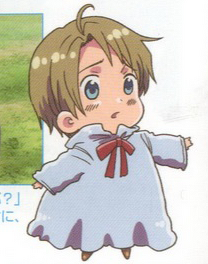 An anime design of Baby America. 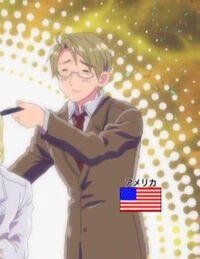 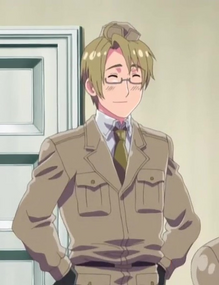 America wearing his Air Force uniform in the anime from Episode 41.

America in his usual uniform. 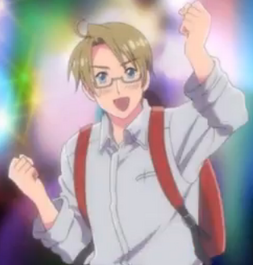 America in a more causal outfit he wore in a few episodes of the anime. 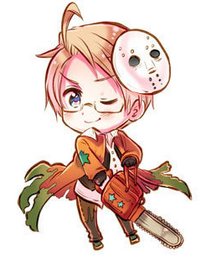 America in his 2010 Halloween Costume 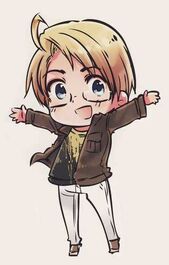 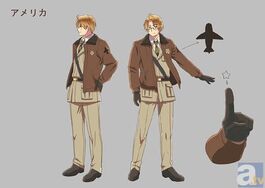 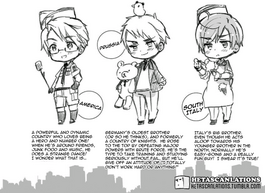 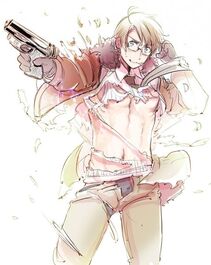 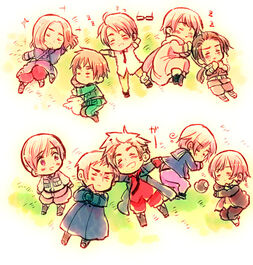 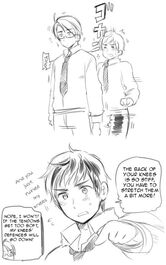 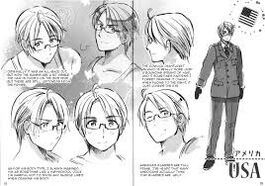 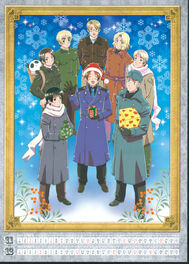 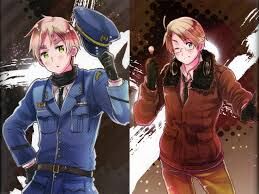 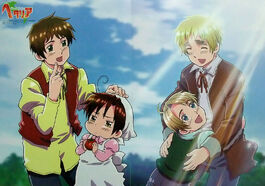 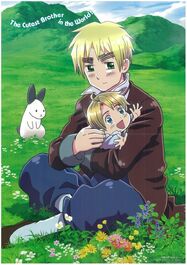 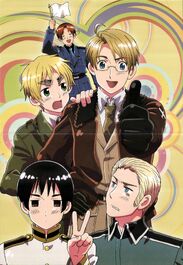 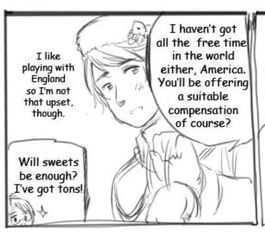 America in his normal uniform 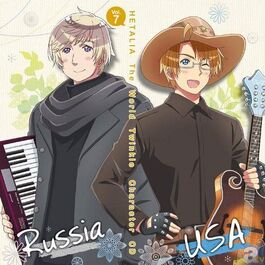 Add a photo to this gallery
Retrieved from "https://hetalia.fandom.com/wiki/Uniform_Guide:_America?oldid=64772"
Community content is available under CC-BY-SA unless otherwise noted.