Switzerland is seemingly eternally neutral and lives his life as a hermit/recluse, surrounded by the Alps. Though he appears to be peaceful, he actually is the biggest producer of guns in the world and has the most military strength. He hates outsiders and in the past, was hired by the Vatican as a mercenary. He is also very frugal, for buying cheap cheese rather than a more expensive variety, claiming he likes the taste of it better. He once went to lunch with Austria just to save money. He has shown to have quite a temper, but has a soft spot for Liechtenstein and is extremely protective of her.

He is a doting older brother to Liechtenstein, having found her and taken her into his care. The close relationship that he shares with her, however, reminds him of his childhood days with Austria, which he has tried to forget. 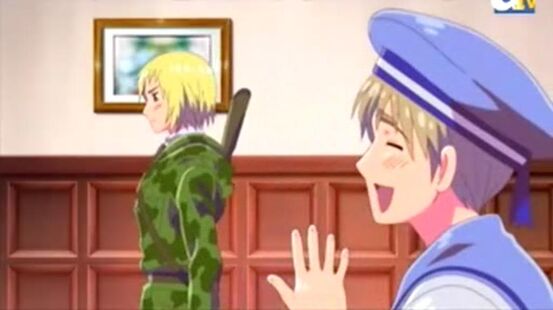 Switzerland onEpisode 21, along with Sealand. 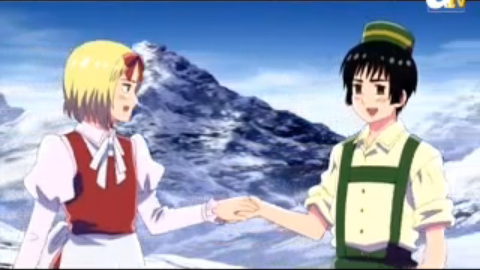 Japan imagining what Switzerland would be like before they met in Episode 88.
Add a photo to this gallery

Retrieved from "https://hetalia.fandom.com/wiki/Switzerland?oldid=53861"
Community content is available under CC-BY-SA unless otherwise noted.