Ladonia appears to be a young boy with ruffled red hair and blue-gray eyes. He has a greenish streak of paint across his face (Appearing more of a tan/red color in the anime), extending from his right cheek to his nose. Ladonia wears dark pants and a white jacket with frilly lapels and large cuffs, which are gray. He has a gold apple pin attached to his lapel, which represents a Ladonian legend about golden apples that grant immortality. His looks make him to be similar as an elementary school's student.

Ladonia is a Internet-Based Micronation in Sweden, who considers himself very powerful, even enough so that he could conquer Sweden. He is a bit cheeky and overall at a primary age.

He is a very hot-headed person and is often shown as aggressive towards the other micronations, refusing the friendship of Sealand and claiming he hates him as soon as said friendship is offered. Despite this "Hatred" and denial of friendship, he is later shown to have joined the Micronations.

Ladonia claims to be popular worldwide, even so among Pakistanis. This is because he lives in the net and due to this reason, he won't appear in the real world if his connection is shut off, as what Molossia does by turning off Ladonia's laptop upon meeting him.

In the Christmas 2011 Event, Denmark tries to convince Ladonia alongside Sweden that Santa exists. Ladonia calls him uncle and says that he's chilidish.

In the Christmas 2011 Event, Ladonia complains to Sweden and Denmark that Santa doesn't exist. Ever since, he chooses to refuse believing on Christmas but is changed when he sees Santa driving his sleigh that passes over his window. Turns out, America is the Santa and Finland is the one that askes for him to help, saying that he doesn't want to ruin Ladonia's christmas.

Ladonia apparently looks down on Sealand. Being hot-headed, Ladonia treats Sealand as if they're getting into a fight on which Sealand once claims that his punch is as hard as steel. When Sealand askes him to join the micronations, Ladonia harshly refused. However, he soon enters the group. In contrast, Sealand thinks Ladonia is 'cool' when he is transported into the laptop.

Ladonia, who lives on Swedish territory, acts very spoiled towards him, to the point of knocking him down during a tantrum. He also appears to address him as Sve. Sweden, however, has more than once willingly pretended to be attacked by Ladonia by reading from a script that paints Sweden as being mercilessly defeated as Ladonia tackles him, much to Ladonia's joy. In the Christmas 2011 event he appears to have done this to distract Ladonia from fears that he was on Santa's naughty list or that Santa wasn't coming.

Ladonia's first official debut and anime appearance is in the episode A Treasure Box Of Countries ~Part 2. He appears to follow the micronation group when they are asking for other micronations to join them. At the very last, he makes an abrupt entrance and declared that he's the Internet Country of Ladonia. Wy immediately dejects him as Sealand happily asked him to join them.

Ladonia refuses but he soon joins them anyway. 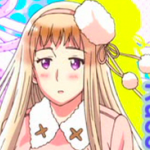 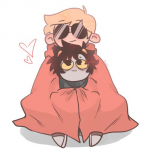 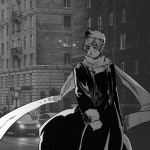