Episode 121: The first episode of Hetalia: The World Twinkle (one-hundred and twenty-first overall) was aired on July 3rd, 2015. It adapts the Nekotalia strips from Comic Birz and Volume 6 of the manga series...read more 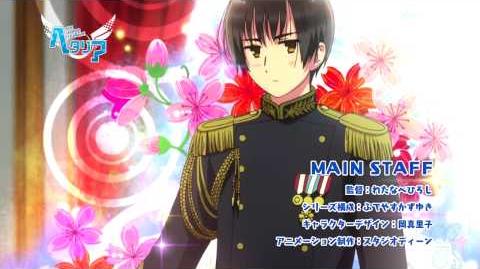 Retrieved from "https://hetalia.fandom.com/wiki/Hetalia_Archives?oldid=55420"
Community content is available under CC-BY-SA unless otherwise noted.