England/China is an uncommon pairing involving the characters England and China. This pairing is commonly known as IggyChu, taken from the first few syllables of their Japanese nation names (Igirisu and Chuugoku). They are also referred to as Kouchagumi (in the Japanese fandom), which means 'Good Tea Pair' or 'Black Tea Pair', since both characters love tea.

Fanfiction shipping this pairing usually deals with the Opium Wars. They are often depicted as bickering (or divorced) parents of Hong Kong, whom they both seem to dote on, though in some cases they are portrayed as a loving family.

In the webcomics, China sometimes replaces the suffix/his verbal tic -aru with -ahen (Japanese word for opium) when conversing with England, as 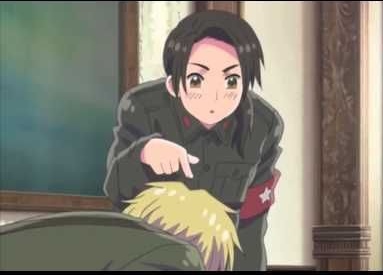 a reference to the Opium Wars.
Retrieved from "https://hetalia.fandom.com/wiki/England/China?oldid=64015"
Community content is available under CC-BY-SA unless otherwise noted.